Dissatisfied IT employee - A cliche 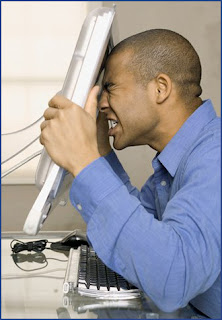 There is this trend I have been noticing in the Indian IT industry . A good percentage of young IT employees are focussing on higher studies. This is not very different from the US or Europe, but the startling difference is that in the Western economies, MBA aspirants are of average age 28 years when they look out for higher studies. In India this figure is 24.

Some facts for you ...
250,000 students appeared for CAT 2007. In 2008, the expected figure is 300,000. Thats a staggering 20 % rise.
Talking about Indians going abroad for MBA or MS, there is steep hike in those figures as well. Last year 16000 Indians took the GMAT, the flagship exam for access to MBA degree abroad. No of GRE ( standardized test for all other PG programs except MBA ) takers summed upto 31000.

These facts and figure and indeed astonishing. More over because many of these students are engaged in high paying jobs at multinational and private companies.

I worked for an IT company for the first 2 years of my professional life, and my observation was that many of these IT professional voluntarily/involuntarily joined a cult. A cult, whose members want to denounce an IT career. I hate to admit it, but I also belonged to this cult. Somehow, I feel that this is very unfair to the IT Industry in India.
On one side, Indian IT inc is facing severe talent crunch with majority of the Indian students passing out being unemployable, while on the other side, the brains of the industry are moving out.
If these professionals are discontent / dissatisfied/ unhappy in their IT professional lives, I would request those professionals to divert their attention to other verticals such as manufacturing or financial services or medical services or maybe entertainment. On a detailed analysis of these other careers, there will definitely be an enlightment for many.
IT industry has regularly been the highest spender on employee perks as compared with other industries. While the concept of HR is kind of abstract in other sectors, in IT and ITes, they are looked upon as vital component of the organisation. Talking about world travel, no sector offers the kind of opportunities which IT does.
and finally, the CTC aspect, IT industry is one of the highest salary payers in India leaving manufacturing, UG level sales, finance way behind.

So all those (not-so-cool) IT guys. You have a choice to make here. Think about it, Give up on this IT-hating cult and start loving what you do.. and trust me , you ll start enjoying ur work & life.
Posted by instant_blogger at 10:33 AM
Email ThisBlogThis!Share to TwitterShare to FacebookShare to Pinterest

Interesting Insider Insights! A few things-
1. People join IT, hate it but don't quit coz of the comfort zone and the money. Very few actually have the guts (and the balls) to do so. Indian IT isn't for everyone. I personally find it very boring and I know for a fact that I'm not cut out for something like this. But there're a few others who enjoy doing this. The HR is very necessary becoz of the very nature of the 'use n throw' concept of employees by the business.

2. There's a stark difference in the reasons an American and an Indian would have, to do MBA. An American would have genuiely felt the need of the degree and so would go all the 9 yards put in genuine effort and make it. For the Indian, its pretty much like a ritual. It really doesn't matter how much one needs it, it just has to be got! You're not complete if u don't have an MBA.

3. Now the interesting part, a lot of people who wanna do an MBA just join IT for the sake of 'experience' in numbers and then apply. Anyone who has done a rudimentary research on MBA admissions would tell u that its not the number that counts but its the quality! An IT job for its part cannot deliver the kinda quality an MBA class might demand of its participants. In the end, it becomes a sheer struggle for them to get into any b-school.

4. They might wanna do an MBA but if you ask them what they wanna do after the course, a few of them say investment banking or consulting but they don't know what the job functions are! They would again drift towards the money and not their genuine interests.

5. IT workforce is probably the most ignorant crowd I've encountered. I'm disgusted by how shallow most of them think. Most have no domain knowledge and above all, they have no idea how their work or product or service relates to the business.

very good points. I agree to it

very interesting read
bashing an IT profession is common practice across genres
you are also part of the gang but I m glad dat u ve recovered from dis :p