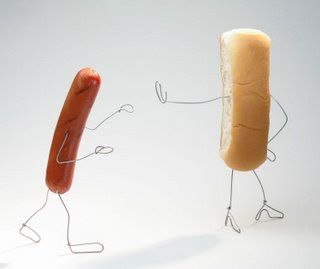 What is your biggest fear?

The human race has survived brutality of wars, diseases and natural disasters. However, fear of rejection is one fear which tends to eclipse most men. The fear of rejection is such an impeder that it deters us from doing things which we want to do. This fear hinders you to pursue your dreams, restricts your ambitions and diminishes your action taking ability.

I agree that any kind of rejection can be devastating. It generally hurts where it matters the most, i.e. it hurts your psyche and it absolutely demolishes your confidence. A normal human tendency is to avoid any sort of pain and after the initial rejections, you simply stop trying.

A few things you experience when you have fear of rejection

The most successful people in the world have been the ones who have been able to overcome this fear. Talk about Abraham Lincoln, he lost 3 elections before he won his first. Or talk about our own Amitabh Bachchan – he was rejected by the radio, by the theatre and by several movie studios. But he still had the courage to face more rejections before he got his first break.

Relationships are one part of our lives where fear of rejection has such a deep impact. The horizon of this fear stretches right from your professional career to friendship to your love life.

While operating my start-up venture, I faced professional rejection on a daily basis. So much so, that I wondered whether facing rejection was part of my job description. It generally was a traumatizing experience when after having one sales meeting and several follow-up meetings, the prospective client just rejected your proposal. I have started to believe that those initial rejections were one reason why I am doing a MBA and not running a successful business.

I read this true story in one of the Chicken Soup books where a guy in high school is madly in love with his classmate but never approaches her as he fears rejection. The guy could never develop the courage to approach the girl and after 2 years of anguish, gives up. 25 years later, married to their respective spouses they meet at High School reunion. The guy, who still has a soft corner for the girl, finally tells her how crazy he was about her. The girl starts crying hysterically. She tells him how much she loved him throughout high school but was waiting for him to make the first move. Both speechless, they just part ways. This is one example how a meant to be relation never happened because of their fear for rejection.

My apologies for the sad stories but blame Chicken Soup for that. They are just filled with them.

Some instant gyaan for overcoming fear of rejection.

Don’t ever be scared of rejections in your life. Every time you are rejected, take that as a challenge to prove yourself. Develop a frame of mind where you view getting rejected as a stepping stone to success. Once, you are able to accept rejection, you’ll realize that with every rejection, it gets easier.

Be yourself because everyone else is taken. Don’t ever succumb to peer pressure and do things which you don’t want to do. Don’t let others dictate your individuality.

And finally, Don’t make success the ultimate goal and focus more on the process than the result. Try rewarding yourself for just making an effort and getting a "no."

A relevant quote from Sylvestor Stallone to end this blog - “I take rejection as someone blowing a bugle in my ear to wake me up and get going, rather than retreat.”

Posted by instant_blogger at 11:21 AM
Email ThisBlogThis!Share to TwitterShare to FacebookShare to Pinterest

Interesting. I think fear of rejection also stems from the fear of getting a jab at the ego. Not saying that women don't face this, but I do think its drastically more in men-at least in my opinion.

Maybe the best way to tackle the fear (since it will always exist) is to heal from it. I am a strong believer that no lessons in life can be taught perfectly-the best way to learn and understand is to make a mistake and deal with the consequences-happy or sad!:)

PS- I love chicken soup for the soul!

Thanks Artee
Thanks Shuchi for your comments.
You couldn't be more correct. Make mistakes and don't be shy of making them. This is the best way to improve

* Don't take things personally
* Try to define yourself independently of others people opinions. For example, if you are a person who likes to help , avoid thinking about other’s people reactions . Need help dealing with this issue? check: What People Think self hypnosis download - When you care too much what others think you are open to manipulation . When you care less what other people think you become a more honest person because you don't have to pretend so much.
* Try to be comfortable being uncomfortable. If you are rejected, take it as a challenge and learn to accept this situation. Try: Overcome Your Insecurities! Whether you have problems with social insecurity or lack of self belief this hypnosis download will help make your life so much easier.
* Use your sense of humor.

Brilliant thoughts by Amit and Ashutosh!

My own experiences have taught me that rejections are sometimes THE only way forward. No matter how much you might try and try, u might be rejected. But in the end, when you take the cue and move on, you will not have the regeret of not having tried. For me, that would've been the greatest pitfall.

Failures and rejections have no end but if you wanna reach anywhere worthwhile, u have to fall, learn and go forward. The bottom line is, even if you do not succeed initially, failures n rejection ALWAYS teach a great deal in life and make u WISER, if not anything else....

How much better could THAT get! I keep telling people that it is PERFECTLY OK to fail. You don't have to succeed all the time. If you WANNA learn, do something useful, be prepared to fail!

Kudos to you Amit, for writing this one!

This is somewhat similar to the fear of failure. This stops people from trying out a lot of things because they are afraid they will fail.

nice topic u have touched upon and i feel this is the disease which stops most ppl turning into entrepreneurs.. here is my take on it..

any fear is a response to a situation... it was not inbuilt the day we were born.. in other words fear is our interpretation of the situation.. its not reality.. in fact its a departure from reality.. reality doesnt care wether u fail or pass or get rejected or accepted.. reality is whats so.. one may get rejected in the interview.. now the reality is he/she was rejected in the interview.. now u can make a billion interpretations... now the fun thing is.. these interpretations exist in our language... for example..

imagine that a student got caught copying in an examination.. now the reality is that he is in a situation.. reality doesnt say its a good situation or a bad situation.. now see how the student looses his power depending on the language he chooses to interpret this situation to himself.
1) i am in a situation (minimal loss of power. closest to reality)
2) i am in a big mess (there is some loss of power.)
3) i am dead. my life is over. this is it. no ones gonna even respect me. i will never get a job newhere. my parents will hate me. (there is a huge amount of loss in power)

my pt is.. any departure from reality as shown above will put u at risk of loosing power. having said this what opens up is creating an interpretation that gives power! its not easy to do this. but with time..u can master designing interpretations that may give u power!..

as amir khan says in 3 idiots "All is well". as per him its fooling ur heart... its a departure from reality but a power interpretation none the less..

i hope you understand where i am headed to!.. at any given pt of time u have the ability of creating an interpreation.. u may design a fear.. or powerful stand.. its upto u.. and u are solely responsible for it!..

to really put a punch in what i am saying.. i suggest u put that what's so article on the blog amit..

Hi there!
I would like to burn a theme at here. There is such a nicey, called HYIP, or High Yield Investment Program. It reminds of financial piramyde, but in rare cases one may happen to meet a company that really pays up to 2% daily not on invested money, but from real profits.

For quite a long time, I earn money with the help of these programs.
I don't have problems with money now, but there are heights that must be conquered . I make 2G daily, and I started with funny 500 bucks.
Right now, I'm very close at catching at last a guaranteed variant to make a sharp rise . Visit my web site to get additional info.

Hi!
You may probably be very curious to know how one can manage to receive high yields on investments.
There is no need to invest much at first.
You may commense earning with a money that usually is spent
for daily food, that's 20-100 dollars.
I have been participating in one company's work for several years,
and I'll be glad to let you know my secrets at my blog.

Please visit my pages and send me private message to get the info.

Not sure where to post this but I wanted to ask if anyone has heard of National Clicks?

Can someone help me find it?

Overheard some co-workers talking about it all week but didn't have time to ask so I thought I would post it here to see if someone could help me out.

Seems to be getting alot of buzz right now.