1 Billion - a liability or an asset 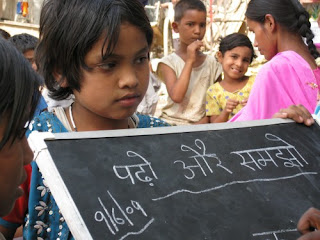 For decades and decades, India’s ballooning population has been credited with India’s sorry state. The Indian political machine shrewdly disassociated themselves with all the issues blaming our population for all the chaos and mayhem. Even for the general public, we had our population as our excuse for self pity and complacency.

Of course, our population is rising alarmingly. After all, more people we have, higher is the burden on economy for education, healthcare and infrastructure. With more people joining the workforce, more employment opportunities have to be created. With our badly administered population plan, we are adding one Australia every year to our population ranks. Some statistics for you – India occupies 2.23% of total land in the world, has 17.17% of world population and contributes 1.49% to the world GDP. Do you smell a shocking disparity between our economics and our population?

This used to be the universal perception of India and its population “crisis”.

However, since economic reforms in 1991, there have been an astonishing "paradigm shift" across the world where our population is no longer considered a liability but now it’s branded as our largest asset.

The rationality behind it is –

The economy of a nation is driven by its workforce. This is how US‘s economy boomed through baby boomers era of 50s and 60s. This is how China has been growing for the last 30 years. And now it’s India’s turn. India already has an advantage over more advanced economies. The median age in India in 2000 was 24, compared to 30 in China, 38 in Europe and 41 in rusty Japan. The bottom line is - India will be the only young country in the ageing world.

While US will need to drain its crippling federal reserve on pensions & health care and China will need to equip itself with these issues in next 20 years, half of India’s population, which is under 25, will gives us a competitive edge over these economies. I personally believed that India doesn’t have any chance to compete with China economically. But I might be wrong as many economists around the world believe.

But things are not as rosy as it appears.
One major issue is creating enough job opportunities for these new entrants into the labor market. Unemployment looms large at 9.8% in India; that’s 40 million people. Huge amount of literature has written on unemployment and social disharmony in the society. India already has severe incumbency issues – right from Maoists to Naxals to ULFA to Bajrang Dal. These organizations have been capitalizing on the unemployed youth to increase its member strength. Unemployment also increases the economic gap between rich and poor which is another significant issue faced by India.


Another issue is the quality of workforce entering the job market. If you look at the college graduates alone, due to low quality of education standards, 75% of 3.2 million Indian graduates are unemployable. Recently, I met a Masters in Economics degree holder from Delhi University who was working as a rickshaw driver in New Delhi. And guess what, he said he is lucky to be driving an auto rickshaw, several of his colleagues from college are completely unemployed.

We need to overcome these key issues to leverage upon our human capital. For that we need Investment in education, health care and infrastructure.

Posted by instant_blogger at 12:36 PM
Email ThisBlogThis!Share to TwitterShare to FacebookShare to Pinterest

I completely agree with the fact that 1 billion is a huge asset and if not dealt with properly can become a bigger liability.. but just by cursing the system and the politicians will not work... there are more solutions possible at the level of the masses itself...
this 1 billion population we speak of are in majority made up of large families.. i.e they are not nuclear families.. if these large families work together then magic can happen.. to cite a few cases... when u go to SP road.. u'll see every shop is dominated by marwaris.. and most of the the people working in the shop are relatives of the owner.. called in from their villages... what u have in the end is a large family working together to create employment for each other with the advantage that every member is dedicated as its all in the family.. similarly the family of dabbawalas in mumbai.. at any level of economic status.. jobs can be created if people decided to work together.. all that is required is to realize that people around you are as important resource as money probably is.. i am not saying this is the ultimate solution.. all i am saying is we need to think of such solutions which can be initiated by the common man without having to depend on the system or the politicians.!!!!

Varun,
Very good thoughts.
I completely agree with you on this.
I never use to think in this way earlier, but now my thought process is more inclined that way.
Marwaris have so well leveraged our community strengths, its simply fascinating.
In India, the challenge we face is that we are not so united as a group. One day, when we can collectively work as a group ( like marus do ), India will be bigger and better.
Thanks for your thoughts,
Amit

Wow Varun, I would have not thought about such a chain in a hundred years! Seriously!

I think thats a plague in the modern society. You're taught to be independent. Depending on someone for something is frowned upon and as a result a lot of people shy away from asking help even when they need it the most. I think you should do what you think is right.


Amit- I think our education system is fundamentally flawed. Its got a lot to do with improving primary and secondary education. You would know for sure that college education in 99% of Indian collages are more or less useless. What still sticks to the student and helps him get a job after he passes out of college is often what IS NEVER a part of the fundamental education like how to speak, how to behave et al which may be categorized under soft skills.

I'm a staunch opponent of the Indian education system, which I believe brings us closer to doom than anything else. Its just like having Peter Griffin (from the family guy, who has an IQ of a cardboard box) control nuclear warheads. That is the scale of disaster.

God save this country!